12 minutes to gaze into your soul and go as deep as you can into its landscape - Just how far will you go? What will you find?

Damocles Gaze is a radically tight roguelite top-down shooter where every run takes 12 minutes. No matter how many times you die, no matter how good or bad you are, the run ends only after the 720 seconds went out.

During the last 90 seconds you will be faced with a boss depending on how far you got. Your final score is defined by how much damage you can inflict them in these 90 last seconds. The further you got, the higher your damage multiplier.

Word of warning: the last boss, the queen of cups, may be deemed "sensible content" due to its, er, genital nature. It's pretty hard to reach, you'll have to get very good at the game before you see it, but yeah, thought we'd let you know just in case it's an issue for you.

This game can be played with either keyboard and mouse or with a game controller! If you'd like to play with mouse and keyboard but not in fullscreen, you may want to enable mouse lock in the game's settings to avoid clicking outside the game!

If you'd like you can come to our Discord to talk about the game, discuss strategies and/or get advice! We'd love to know what's your favorite modifier and what enemy you hate the most!

This game was made by PUNKCAKE Délicieux, a game developping duo making and releasing a new game every month through Patreon and itch.io!

Have you ever considered developing for the Playdate console? These graphics would look beautiful on one.

what engine or language  you're using?

This is just a bad Nuclear Throne. The weapons are copy pasted. Why this game

Continuing to enjoy the game, thanks PunkCake! I was playing v1.2 this morning, and encountered a weird bug. I paused the game with around 100 seconds remaining. I had either just died and not respawned yet, or had just respawned. The timer continued to count down. When I unpaused the game, the timer was down to 60 seconds, and the boss spawned. I will update this comment if I am able to recreate it! I am on windows 10.

PUNKCAKE have quickly made a name for themselves for reinventing the shooter genre and they've done it again. This one's a roguelite where you get stronger by unlocking new cards. The tricky part: The cards only unlock through gameplay, but they also affect your current game. And while every card may give you some powerful bonus, they also come with an equally powerful penalty. To succeed, you need to find synergy between the cards so that the penalties actually make you more powerful. And of course there's always more than meets the eye with any PUNKCAKE game. Dig deep! PS: How cool is the 1-bit pixel art!

First run after downloading v1.1, running windowed mode on win10. Stopped responding immediately after loading 1/3. I extracted 1.1 into the 1.0 folder and replaced the duplicate files, not sure if that has any impact :(

Thanks for letting us know, we're working on a fix. If you restart the game does the freeze happen again?

Extracting the patched files into the old folder shouldn't be an issue at all.

Nope, no problems on the seconds attempt :)

I want to phrase this like a steam review but to balance it up I will first say PUNKCAKE you're so cool! Okay, now..

As a long time fan of Nuclear Throne and recently Voidigo, this is my third game in the genre that get's it right. I love the unique aesthetic and meta mechanics of the game. Music is really good as well. I'm hooked, would recomend!

I love Roguelites/Roguelikes and also Punkcake, but...
wish I could buy it :( 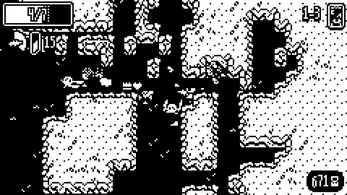 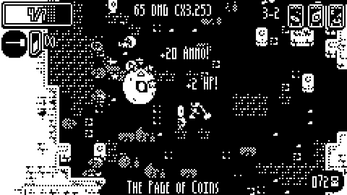 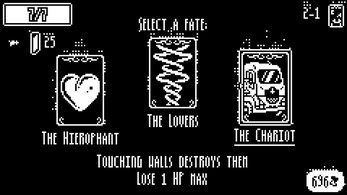 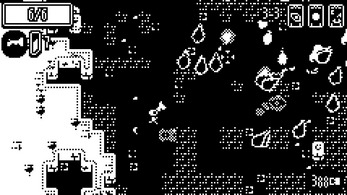 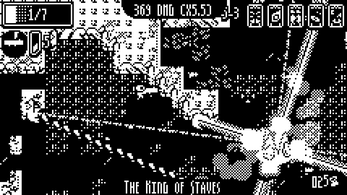