Roguelite Pong'em up where you go to rescue the Moon.

Due to extreme climate catastrophies the Moon has started moving away from the Earth. Fortunately the NASA was expecting this. They quickly launched the "Moon Paddle" program, with hopes of controlling the Moon's trajectory. The climate is decidedly fucked, but we might yet bring back the Moon.

A crazy psychedelic action-roguelite based on the grandparent of all video games, Pong.

It features 4 different difficulties, from the beginner-friendly "easy" mode to the unlockable hardcore "lunatic" mode.

On top of this, the game features a couple of accessibility settings:

We hope this allows for more players to enjoy the game!

MOONPONG is also on Steam!

Buying the game here on Itch io will get you a free Steam key!

If you'd like you can come to our Discord to talk about the game and share your progress and talk advice with other players!

If you're a streamer, youtuber, or press and you'd like to cover the game, we've uploaded a few assets you might find useful, including screenshots and thumbnail material! Find them here!

In order to download this game you must purchase it at or above the minimum price of $6 USD. Your purchase comes with a Steam key. You will get access to the following files:

I'm so blown away by this game!! It's wonderfully simple yet so very addicting and fun! It has elements I adore from other games like Binding of Isaac, yet its own style of 'combat' and the items are so charming! I can't say how much I loved this enough! :D (My only suggestion if you plan on making this a bigger game is more bosses!! I know the technical plot is the mouth, nose, eyes to make up the bigger boss... but if there were more bosses and different 'mega' bosses that would be SO cool!)

how do i claim my steam key?

If you go to the game's download page, you should have a button there to claim your Steam key!

Oh hey I saw the VTuber Kaela from Hololive play this. Definitely on my wishlist now!

Moonpong is very nice game, i will give a warning to those who have epilepsy though, that's all

MOONPONG is a superb modern (and solo) iteration of classic pong gameplay. Bendy circles, gravity, ice and cloud balls, a range of upgrades, enemies that shoot back, and even bosses. Very challenging and very fun. As always with PUNKCAKE games, the pixel graphics and retro soundtrack are perfect!

Hello!! What programming language do use to make this game :?

I really hope that there's support for rotary controllers, like spinners or dials or DJ decks, because that feels extremely appropriate for a paddle game like this. *^*

I LOVE the OST, please release it soon <3 thanks

EDIT: Got it on Bandcamp, thank you so much

Hi, quick question, if I get the game by subcribing on patreon, will I receive an steam key as well? Or steam keys are restricted to purchases on itch.io?

a Steam release is planned?

Moonpong: Tales of Epic Lunacy is a wonderful homage to pong that asks the question... What if pong? But roguelite? 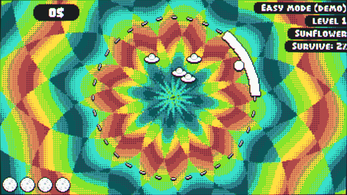 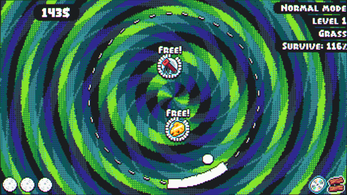 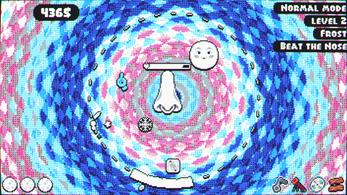 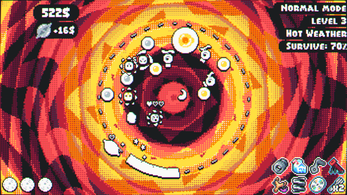 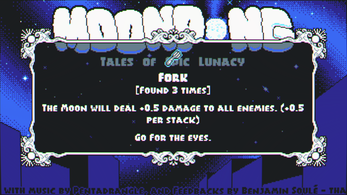