Bullet-hell with a Spider mech that freezes time and shoots rockets out of its butt, against Drones synced to rave music.

⚡ Tight bullet-hell action
🎶 Synced to music by Pentadrangle
🕹️ Get power-ups, Freeze time, Take aim
🚀 Shoot rockets out of your spider butt
👾 Make it through and beat the 4 difficulties on each track
🎨 Make your own levels from your own tracks

The game plays with only a mouse!

Launching any level in easy mode will run the tutorial!

Your ammo is limited to the amount shown on your ammo bar on the left border of the screen. After shooting, a blinking cooldown bar will appear. Once your systems are properly cooled down, you will regenerate missiles to fill up your ammo capacity.

All these things go at different speeds depending on your stats, shown on the right border of the screen. During the levels, random power-ups will appear. Shoot at them to change what stat they're for. Get close to them to pick them up.

You can access the level editor from the game's main menu. To use it, you'll have to drop mp3 files into the "tracks" folder in the game's files.

You can also play and stop the music by pressing Space and you can launch and stop a test with Enter.

Detailed instructions are in the readme.txt in the tracks folder.

When you buy the game, you also get to download a compilation of tracks from other punkcake games and from previous games by Benjamin, to use with Ecstatic's editor to make your own levels!

If you'd like you can come to our Discord to talk about the game and share the levels you made with the editor!

Also check out the game's presskit! You'll find screenshots and transparent assets, useful for showing off the game or making thumbnails!

any plans to release on steam?

hoping too , Shongun King was blast on deck and this one looks too

anyone can tell me what engine they used to make it?

Ecstatic is a brilliant tactical top-down shooter that quickly turns into a bullet hell. Unique controls - controlling both movement and targeting with the mouse - is an interesting challenge. The random nature of the upgrade drops force you to adopt different play styles every run, making it infinitely replayable.  Great music, awesome pixel art. Bloody tough!

ah yes, very clever, steamunlocked, no one know it

i want to play this game but i am broke plez make free version.

it depends on what country are they living, for instance i live in a country where 1 dollar is 17-18 TLs, which you can buy 4-5 bread loaves, hehe, economy...

it's all about where you're born and who is the president

it has almost nothing to do with the president

This game is fantastic. Perfect for quick intense sessions.

If replaying the same track at the same difficulty will baddies spawn in the exact same patterns?

The same enemies will appear at the same moments in the song but as far as I know, they'll be positioned differently as spawn locations are pretty much random.

This game looks really cool can't wait to play it 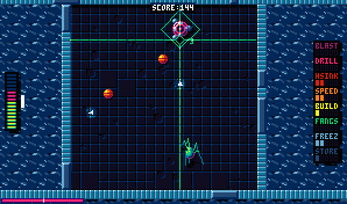 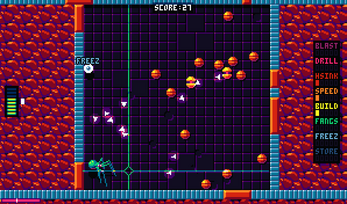 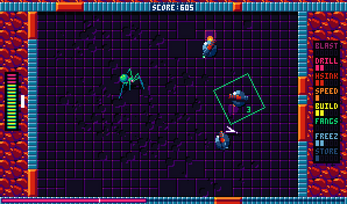 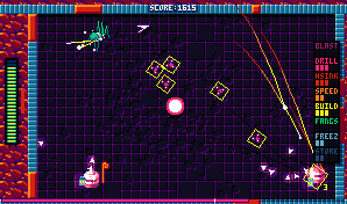 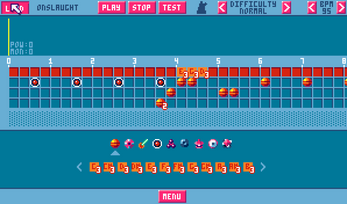